From Berlin to Tomsk. Retracing the journey of a Gastarbeiter in Siberia in the 1930s 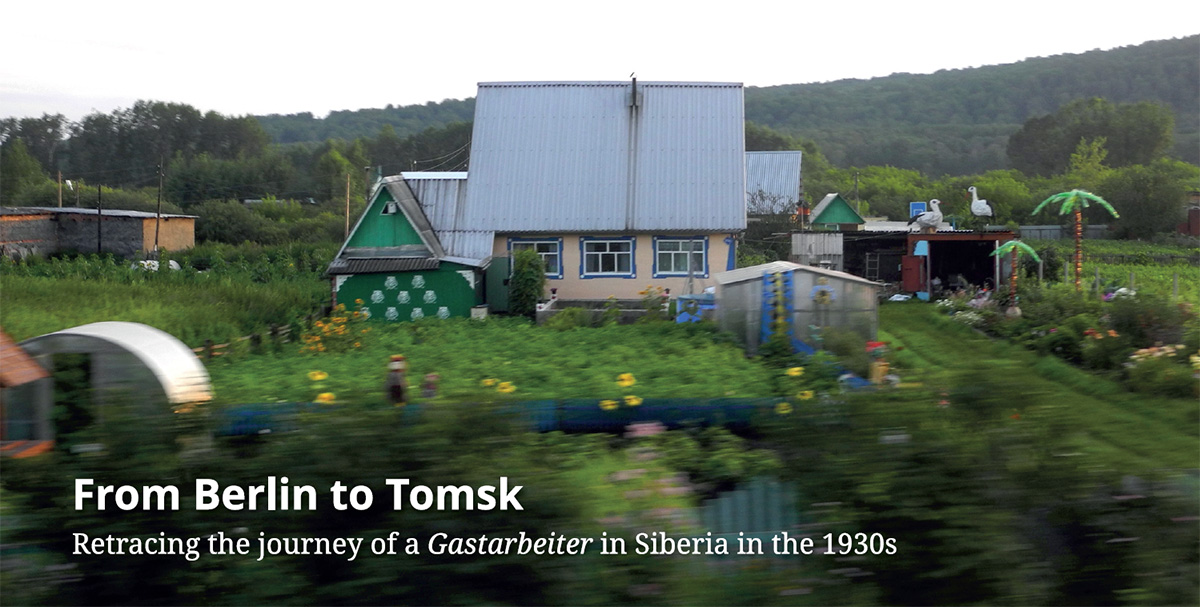 FROM BERLIN TO TOMSK

Retracing the journey of a Gastarbeiter in Siberia in the 1930s

Tracing her grandfather’s time in 1930s Siberia, the filmmaker uncovers details about an unknown chapter of the history of the USSR and her family.
FROM BERLIN TO TOMSK includes rare historical footage of the first Soviet Five-year plan.

Interested? Arrange to show this film in your seminar or at your institution and invite the filmmaker for Q+A! Online-events also pssible.
Please contact us.

Pictures in the family album of the expat years in Siberia, 1931-1934, are not as innocent as they appear at first glance. Since her mother left her the treasured album, the filmmaker has started to trace the footsteps of her grandfather working in Tomsk and Novosibirsk as one of hundreds of so-called foreign specialists. Engineers and skilled workers from the USA, Germany, the UK and other countries, who were affected by high unemployment, were desperately needed to build the new heavy industry centres of the young Soviet Union.

Maybe the major project was the ‘Great Kuzbass’ coal basin and steel works in Western Siberia. Photographs of a family outing that included happily drinking tea in a canteen, turned out to be an organised visit to a youth correctional facility or labour camp. The German engineers afterwards commented on this institution positively in the local paper, the Red Flag. The foreigners were watched closely by the secret police and the Party apparatus tried to involve them in political work.

This film investigates what everyday life looked like for these men and their families, what role they played in the economic history of the USSR, their fate during the Stalinist repressions and what traces might be left of them or their contribution today. Foreign specialists during the 1930s is a topic that has barely been researched and it taps into an active and widespread interest in family histories in Tomsk, which the film reflects by the many protagonists who are interviewed and people who support this project. It also ties in with current discourses around labour migration.